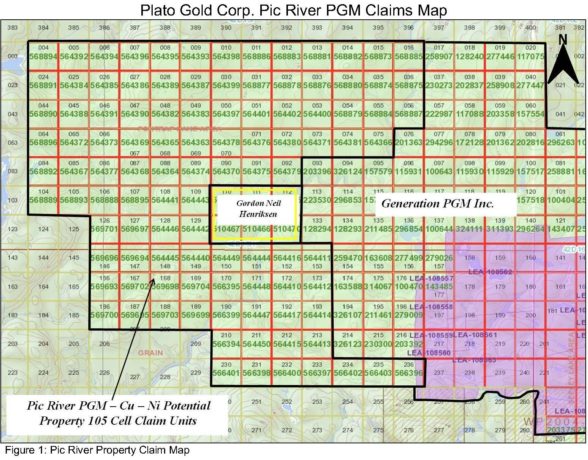 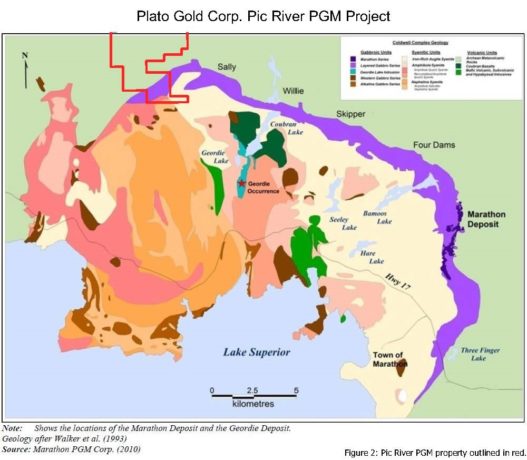 Previous ground magnetic surveys indicate magnetic highs that may correspond to the higher magnetic zones within the gabbroic rocks (Figure 3). 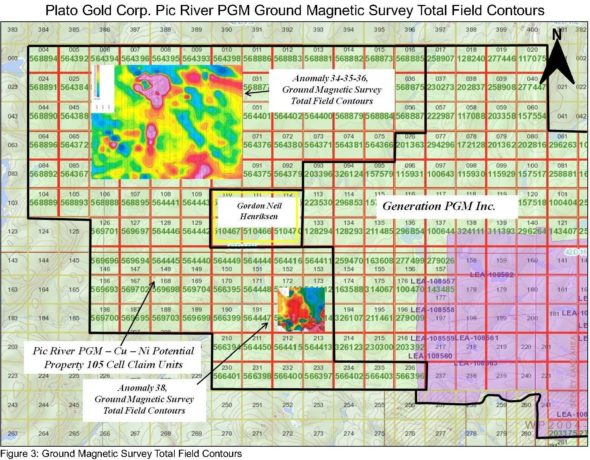 The Generation Mining Inc.’s Sally Area 41 zone is indicated to be on strike to the Pic River PGM-Cu-Ni property.  This PGM-Cu-Ni drill defined mineralized zone is located on the northern margin of the East Gabbro and is comprised of four mineralized zones.

Exploration by Plato will focus on defining the gabbroic units on the Pic River PGM-Cu-Ni property and determining the PGM-Cu-Ni mineralization. 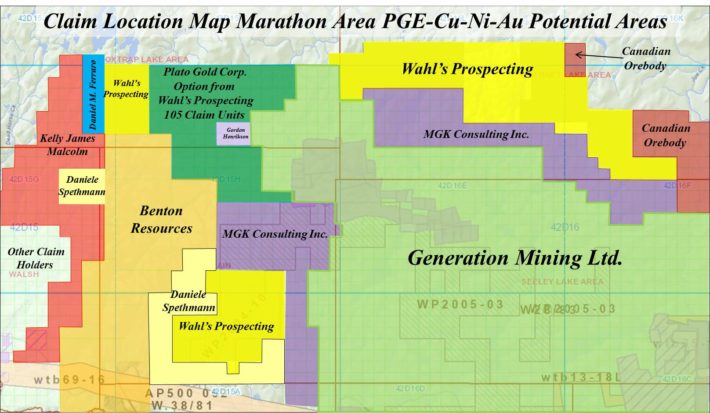